Works have started in Novaya Chara to create a series of murals - monumental graffiti on the facades of buildings. In total, artists will decorate four apartment buildings in the largest settlement of the district. The work is being carried out with the support of Udokan Copper. 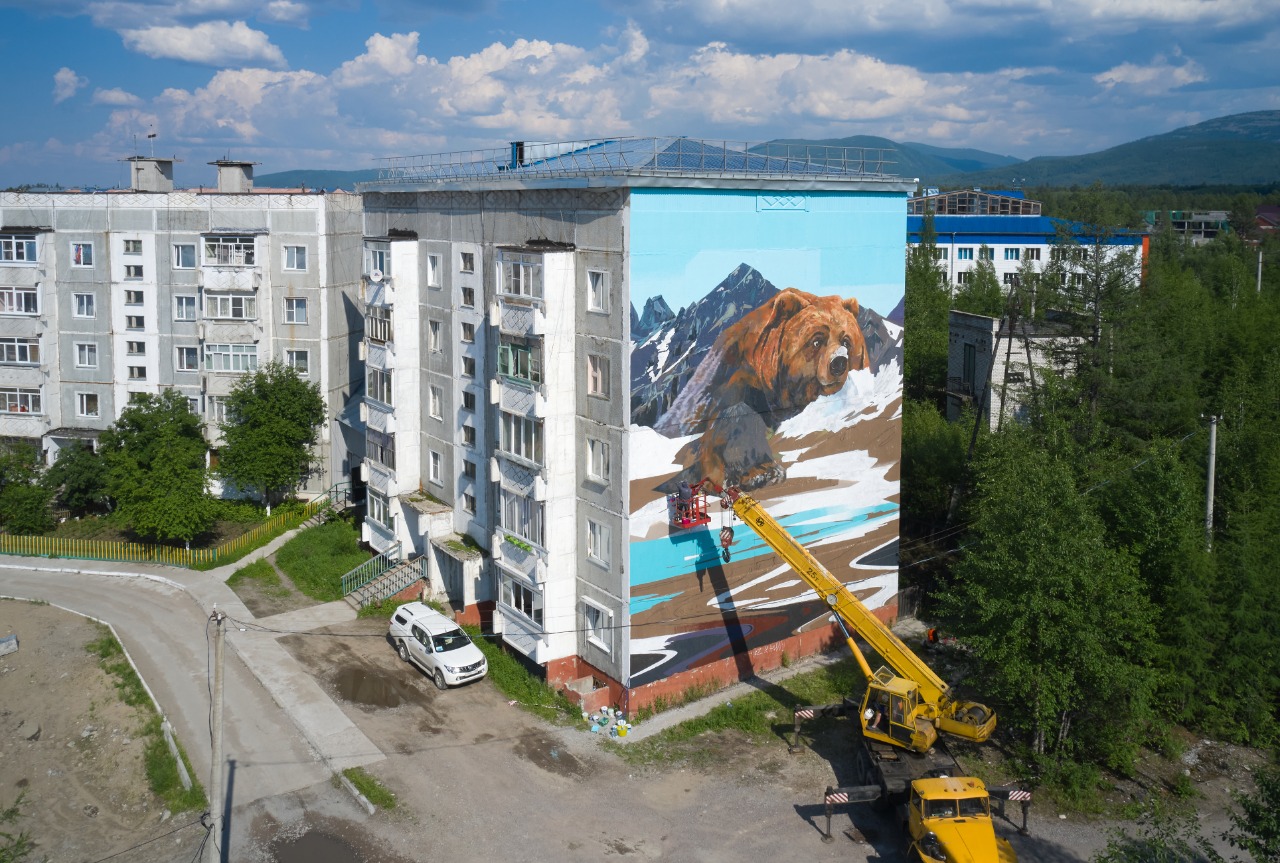 The realistic scenes of the murals are dedicated to the construction of Baikal-Amur Mainline, the unique nature of the north of Transbaikal Region and the Evenki culture. The artists separately focused on the discovery of the Udokan copper deposit, the largest in Russia.

The works on depicting the first graffiti on house 28 of Magistral’naya St. started on July 4, and are almost completed. Location of the mural was not chosen by chance. It was applied to the facade of the house next to the ice-hockey ring, where the Udokan Bears children and youth team is trained.

As it has been noted by Udokan Copper, the image will inspire athletes to new victories, since the bear is a symbol of courage and perseverance in achieving goals.

The mural is called "Bear Ridge" and it is dedicated to one of the famous tourist routes along the Kodar Range, known to many travelers. The image of the awakening bear speaks of the harsh nature of the north of Transbaikal Region, its inhabitants and the strength of the spirit of the Kalarians.

The head of the group of artists Alexander Demkin is an active participant of graffiti festivals in Russia and abroad. As A. Demkin himself says, the main themes of his works are to study the development of the internal qualities of a person, and his reaction to everyday experiences and situations.

He began his creative career as a graffiti painter in the mid-2000s. Experiments with different styles gave rise to the formation of an individual recognizable technique.

“The artists have just started the work, but have already received quite a lot of positive feedback,” said A. Demkin. “This also stirs up interest for us to do it with high quality, to make it interesting.”

The event is hosted under the Program of social and economic cooperation between Udokan Copper and the Government of Trans-Baikal Region/Administration of Kalarsky municipal district.