On the sidelines of the 25th St. Petersburg International Economic Forum the Ministry of Natural Resources and Environment of the Russian Federaton entered into a cooperation agreement with Udokan Copper. The agreement will be implemented under the Federal Project of "Preservation of Biological Diversity and Development of Ecological Tourism" of the national "Ecology" project. 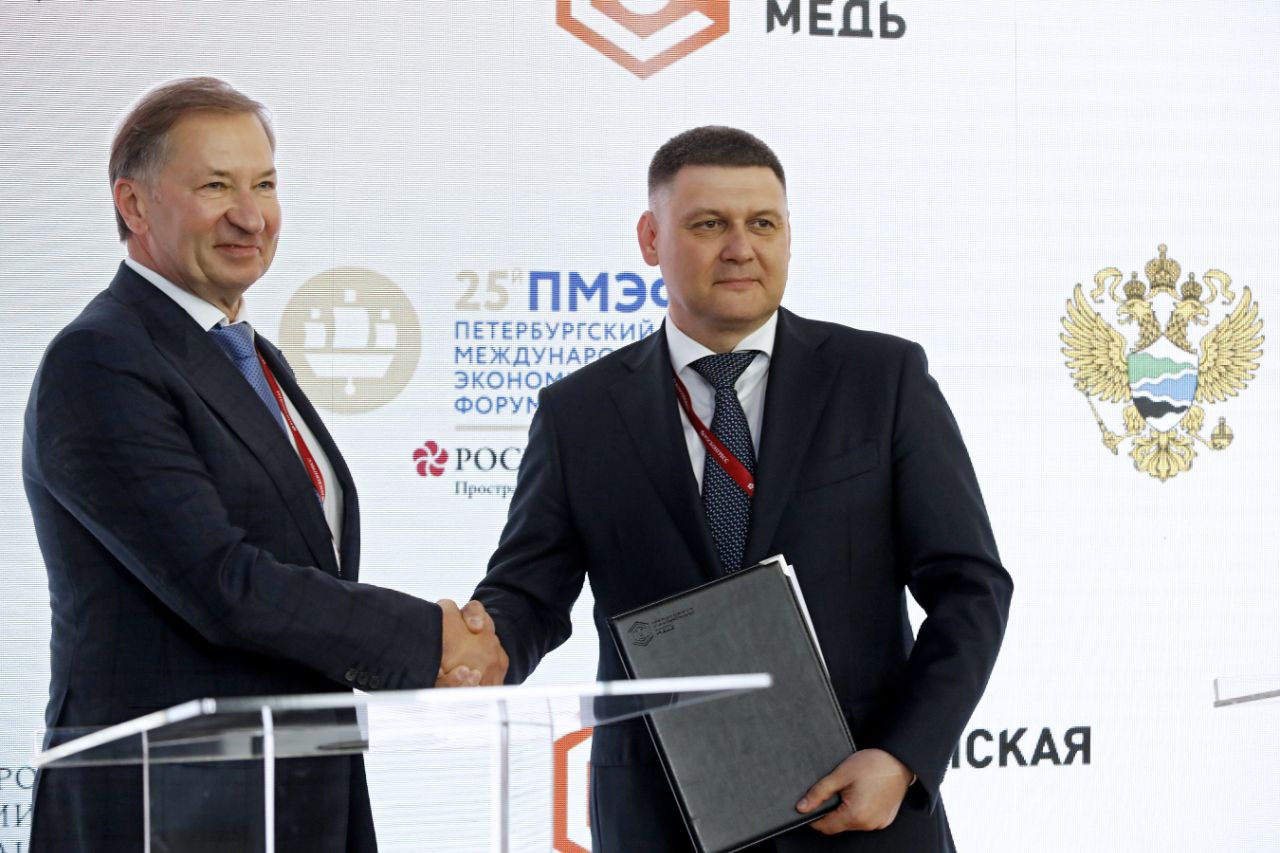 The document was signed by Deputy Minister of Natural Resources and Environment of the Russian Federation Dmitry Teten’kin and Chairman of the Board of Directors of Udokan Copper Valery Kazikaev.

Dmitry Teten’kin has noted that a road map for Kodar National Park development will be implemented within the framework of the agreement. It is aimed at encouraging scientific and protection activities of the National Park, its material and technical support, as well as development of ecotourism. According to the deputy minister, attendance of specially protected conservation areas of federal significance is growing annually by 20-30 percent.

Kodar is an underestimated territory for tourists due to its inaccessibility and almost complete absence of any infrastructure," he said.

The maximum allowable recreational capacity will be determined as part of the "road map" for the territory in order to control the tourist flow and ensure environmental responsibility while visiting it.

“It is important for the company not only to build the Udokan mining and metallurgical plant in full compliance with environmental requirements, but to preserve unique natural complexes, make them a place of attraction for environmentally responsible tourists,” Valery Kazikaev said.

According to Mr.Kazikaev, the company has patented its own flotation-hydrometallurgical process flowsheet that will minimize environmental impact. He also reminded that territorial nature protection was being developed in the north of Transbaikal Region at the initiative of the company, in particular, materials have been prepared for setting up the Ingamakit regional reserve.

Kodar National Park was established in February 2018 in order to preserve the unique ecosystems of the Kodar Range, including, among other things, complexes of lakes, glaciers, lava plateaus, volcanic region, unique sandy massif, the Charsky Sands tract, preserve habitats for rare animal species and develop educational tourism. Establishment of the park actually coincided with the start of desining an industrial enterprise at the Udokan copper deposit, the largest in Russia. Even before completion of production facilities construction and, especially, at the stage of operational activities, the company is ready to implement a range of measures to support and develop the conservation area, as well as measures in the field of ecotourism.

In accordance with the agreement, the Ministry of Natural Resources and Environment of the Russian Federation will assist in preparation of scientifically based proposals for the development of the National Park, drawn up in the form of a road map for the conservation area.

Previous news Back to all news Next news
Close